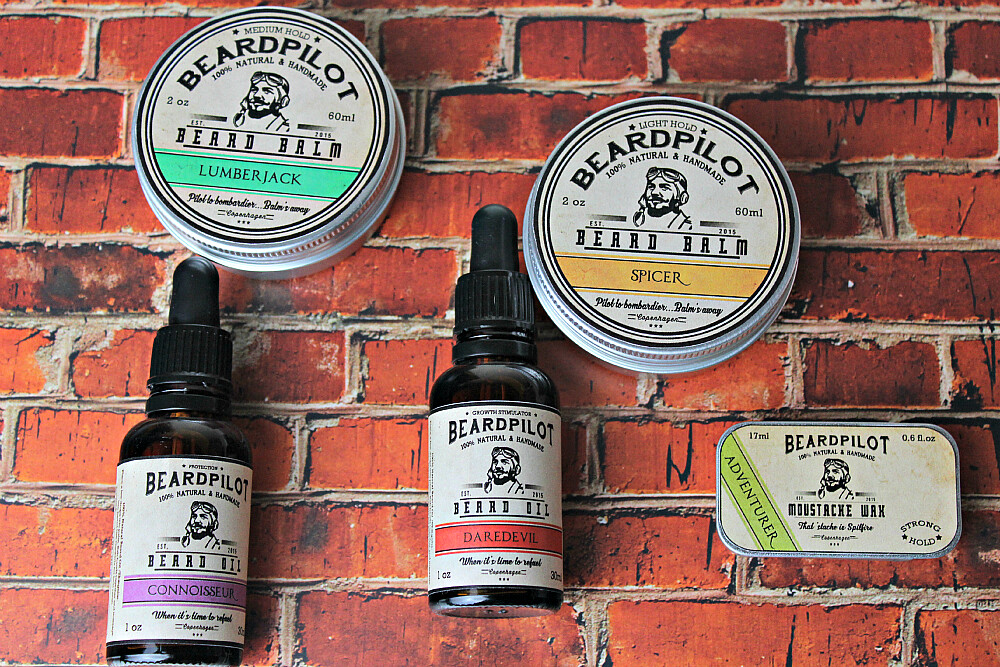 Beardpilot started life in mid 2014 all started with an out-of-control Moustache, a dried out beard, and a lack of products to help remedy this. By late December 2015, a full range of products were on the drawing board & Beardpilot was founded from this The final round of testing, brand design, and production fine-tuning then began to become what you see today

The idea for the Beardpilot name is two-fold:  firstly, it refers to the Moustache and beards of the Airmen of the First and Second World Wars – where having one’s beard in prime condition was part of the officers’ uniform. Secondly, it refers to the control element of using a good grooming product. While many beards go feral if left untamed, Beardpilot’s range of products lets one gain command and control over one’s facial hairs.

Here are the products that Beardpilot very kindly flew over to me, firstly the Balm’s: 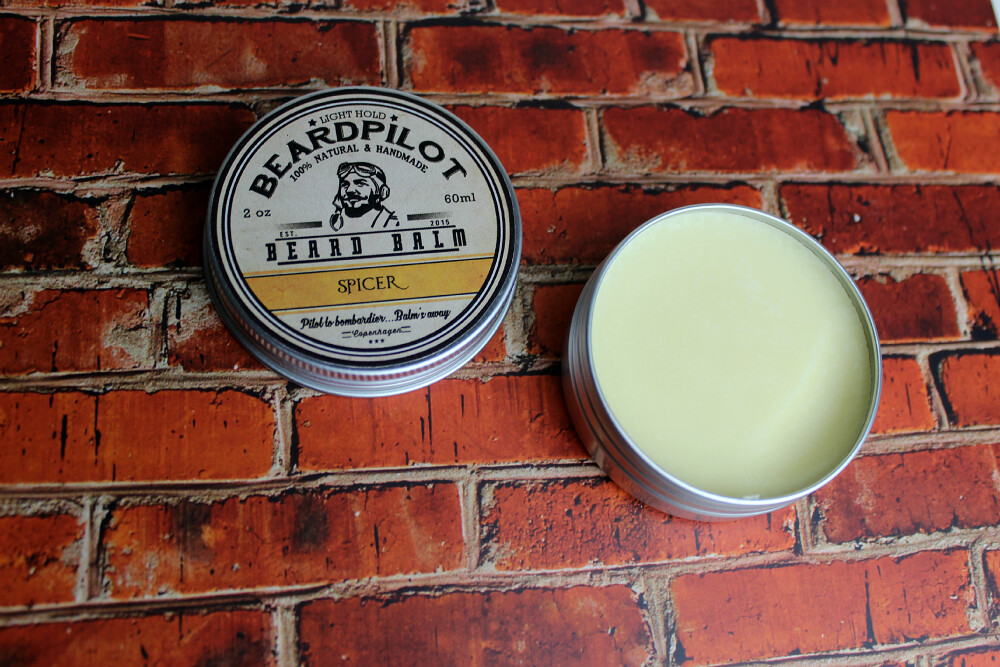 Spicer  has to be my favourite from the balms I received, it has the smell of a Cairo street market potent & warming, the combination of orange, lemon & cinnamon are just divine and really left my beard feeling really smooth this is really well suited to the colder seasons. Next up is Lumberjack and this does exactly what is says on the tin, simple, natural, chopped wood, notes of cedar wood scents of pine & spruce gives a really different luxurious twist to other brands I have tried in the past. I really am starting to have a real fondness for this brand and now also want to light a fire in the woods and smoke a really big cigar

Now to the Oils: 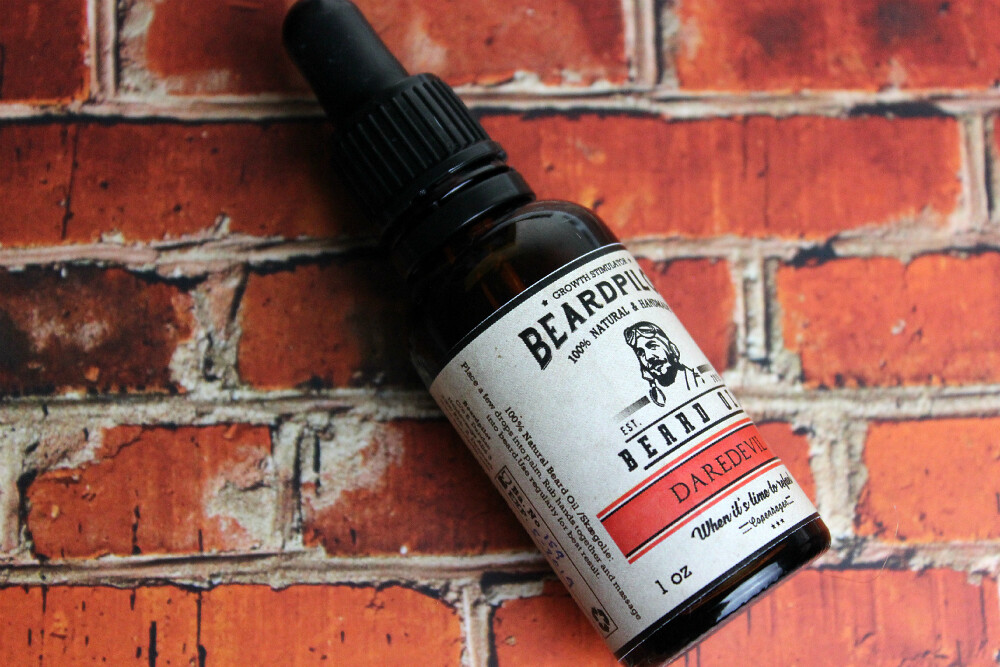 Daredevil is the first beard oil in the Beardpilot special edition line so not only am I humbled that I have been sent some but as it currently sold out it’s something I may just keep for special occasions which may be difficult as it really is power in a bottle: the sweetness of Cayenne Pepper mixed with Black Pepper and the use of Ricini Oil (Castor Oil) is really good to see as it has some great properties Now if you thought I liked Daredevil (which I did)  Connoisseur  truly feels like it has been made for me personally. Apart from beard posts I also review books as I have always been a total bookworm.  I am partial to the odd Cigar alongside a drop of really old peaty single malt whiskey so the description of chesterfield furniture with leather-bound books (this also did momentarily think of Anchorman) had me already eagerly wanting to feel how the woody notes mixed with lavender would feel & it was amazing the smell as I was running this through my beard was pure joy. Designed with the emphasis on protection it’s advertised as an everyday oil. which is great but I don’t want it to run out 🙂 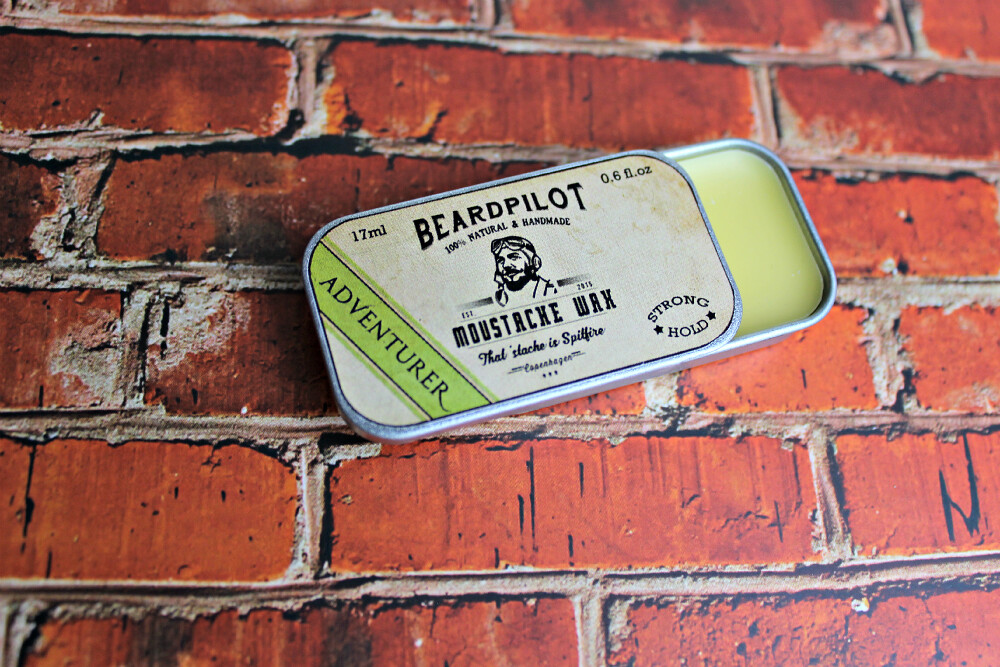 Lastly is the Moustache Wax Adventurer

The tin is a great portable size, also when it says strong hold imagine Popeye seconds after eating spinach that’s how strong it is

All of Beardpilot’s products are 100% natural too

Although not officially launched in the UK as yet although there are plans in place for this happen Beardpilot have created a genuinely fantastic looking and luxurious feeling product and I feel that it will definitely fly of the shelves wherever it lands in 2018 and beyond.