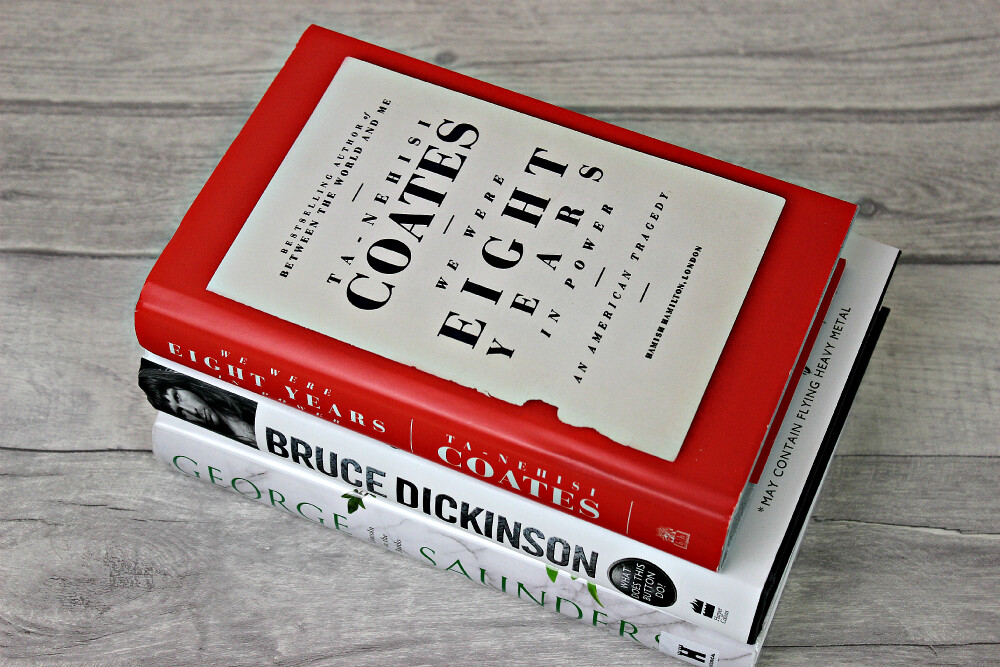 Boooooo no more Halloween or Bakeoff, so now all that’s left for the year is silly fire rockets and disagreements in this house of where the green thing with lights is going to go.

I decided to reduce the Goodreads challenge total. it’s still going to be a squeeze but I might just achieve it.

Here is what I read this month: 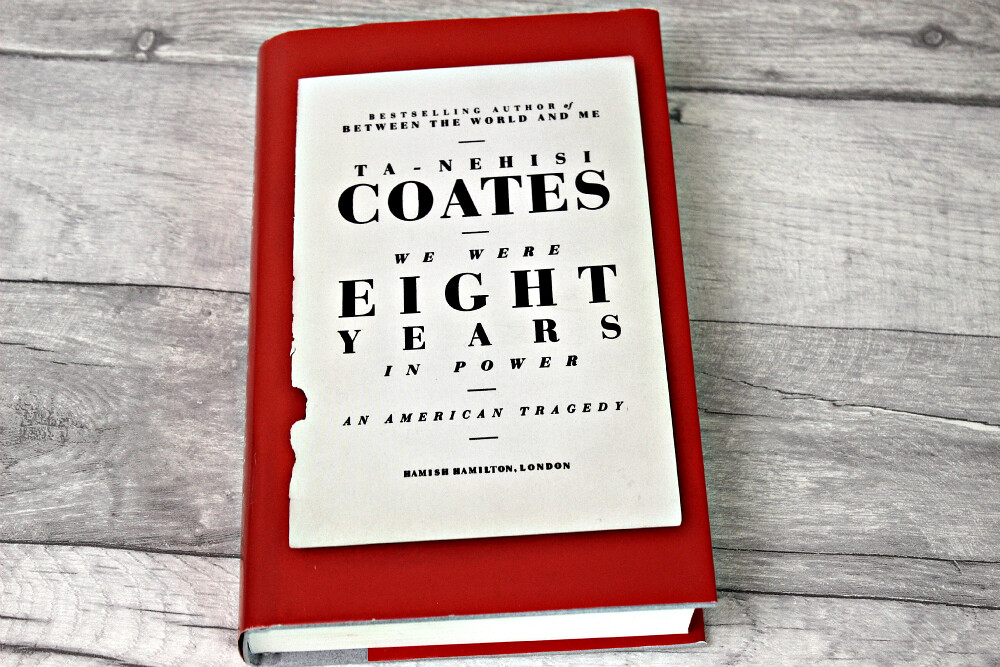 We Were Eight Years In Power: An American Tragedy  By Ta-Neishi Coates (Review Copy)

I absolutely loved Coates’s previous work Between the World and Me so was very excited when I found out that not only was there something new but the also subject matter the book was discussing would be very interesting indeed.

We Were Eight Years in Power features Coates’s iconic essays first published in The Atlantic, including “Fear of a Black President,” “The Case for Reparations,” and “The Black Family in the Age of Mass Incarceration,” along with eight fresh essays that revisit each year of the Obama administration through Coates’s own experiences, observations, and intellectual development, capped by a bracingly original assessment of the election that fully illuminated the tragedy of the Obama era.

I found myself stopping and researching events and people in the book as not only does it cover the Obama era through to well… you know who, it’s a bit like Candyman if you say his name he will appear but in this case it will be a knee-jerk tweet. Anyway it also covers historical events and periods so I found myself stopping to research people and events included which was enjoyable experience, it also elaborated on events that I had some knowledge of but to read almost a first hand account I found not only gripping but helped my understanding further.

We Were Eight Years in Power is a vital account of modern America, from one of the definitive voices of this historic moment 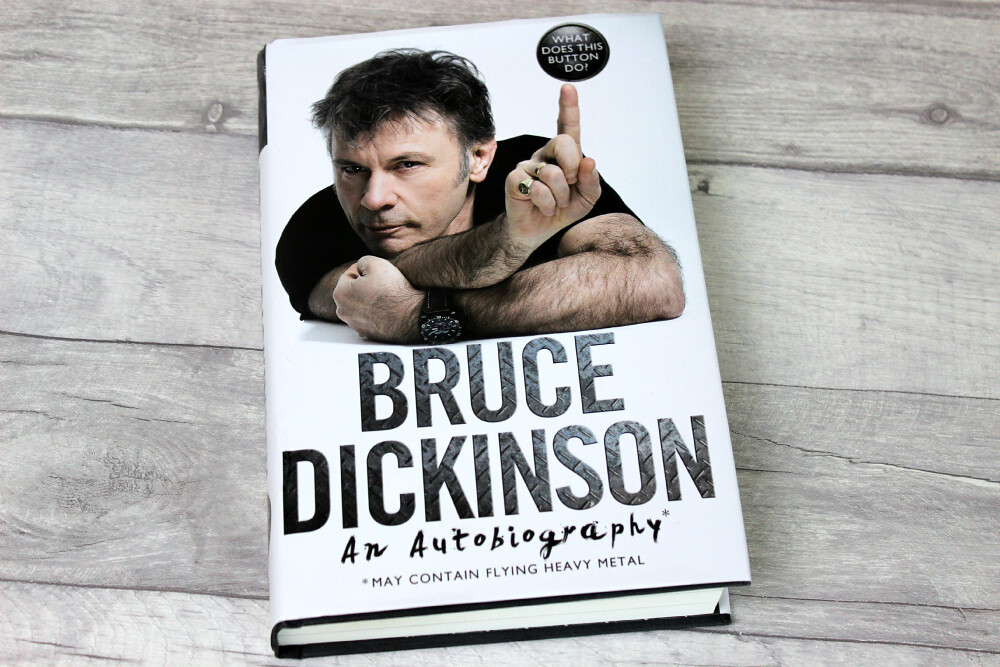 What Does This Button Do?: An Autobiography  By Bruce Dickinson

Well what can I say about this book without being all nostalgic of my introduction into Iron Maiden the band that honestly shaped the person I am today. I was obsessed, snuck off to see them, made my mum take to me Woolworths to by albums on their release date and then go to school on those days so I could stay home with the album and lyrics….

I got this on the day it came out and it didn’t leave my side, in fact I felt I was Caught Somewhere in Time. The book is very well structured has the singers early life, hardships, early musical beginnings (very close to where I grew up) then the move to Maiden, beyond and back again. Fatherhood & family and his recent battle with cancer. it’s always good to get an insight on the history of the album creation process and I found myself listening the previously mentioned album and whilst listening to it reflecting on the new information discovered, it was like almost had the feeling of a directors cut.

Once again this book elaborated on events and other interests that I knew off but to read them from the man himself was really great it was almost like we were Blood Brothers.

Bold, honest, intelligent and very funny, his memoir is an up-close look inside the life, heart, and mind of one of the most unique and interesting men in the world; a true icon of rock.

I know there are family members that want to borrow it, mainly my mum & younger sister (both are maiden fans because of me) but to make sure they don’t steal it I will just have to Run to the Hills. 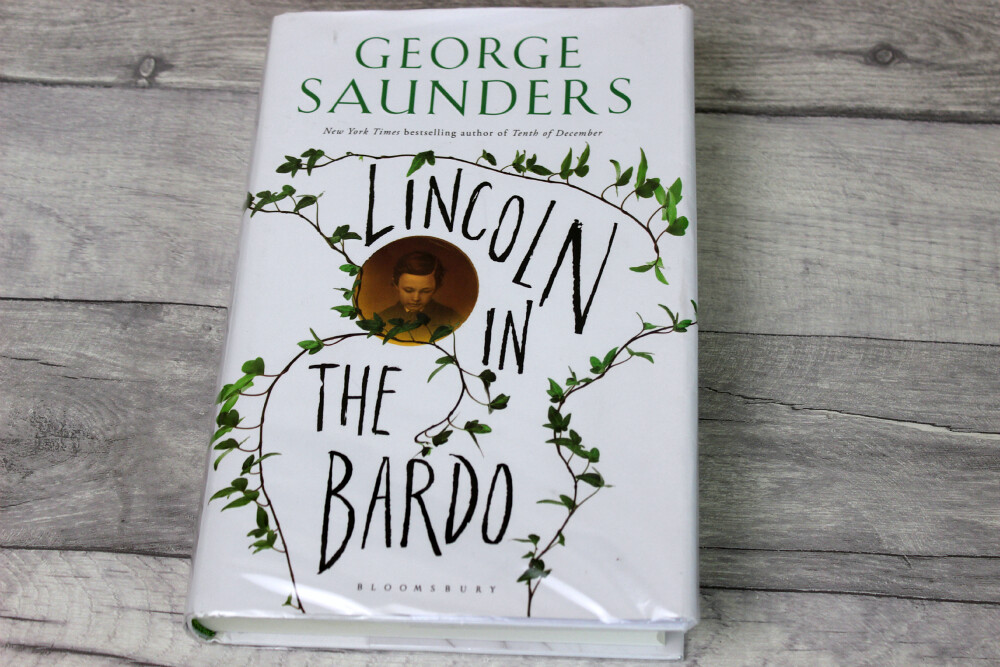 Lincoln in the Bardo By George Saunders

*SIGH* I love the Man Booker Prize  I really do and I have to say this year and this book in particular I do not love. Personally I think a book that wasn’t considered for the shortlist should have but it didn’t, so going along with tradition I decided to pick this up as I have read the previous years winners – Big Mistake !! Unfolding in a graveyard over the course of a single night, narrated by a dazzling chorus of voices, Really ? it doesn’t read like that at all it’s layout is terrible and annoyingly difficult to keep the flow of not only interest but the actual flow of the story, I want a plot, I want a story. I want character development. but your time is spent reading it like a thesis, full of quotes from “other” sources…. UGH !!!!

You either get it or don’t with any book I suppose but I really really didn’t get it.