Wohoo Halloweenmass time – As much as I love this month it’s been super stressful & I got sick again but managed to stay on track with reading. Me & Mel also got to see The Nightmare Before Christmas at Cardiff Castle’s Underground Cinema and travel to see family members. 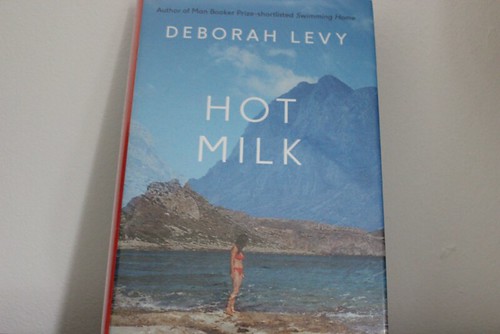 I always take library books back before I’m due to do a post. Next year I need to remember not to do this. Shortlisted for this years Man Booker Prize Hot Milk is the story of Sophie, a young anthropologist who has spent much of life trying to get the crux of her mothers seemingly unexplainable illness. Sophie is frustrated with what sometimes feels as hypochondria but as her own life is fledging she welcomes the attention that is demanded of her.

To explore other avenue’s Sophie and her mother travel to southern spain to visit a world-famous consultant Dr Gomez but when they arrive they discover that his methods are indeed quite baffling and have little to do with physical medicine, so in an attempt to discover if there is a cure for her mothers limb paralysis Sophie turns detective and re evaluates her mothers symptoms.

I had hoped that it was a slow burner but it just stayed at a very even pace & I was always left waiting to see if it picked up but unfortunately it didn’t. I know some people who have raved about this but it just wasnt for me. 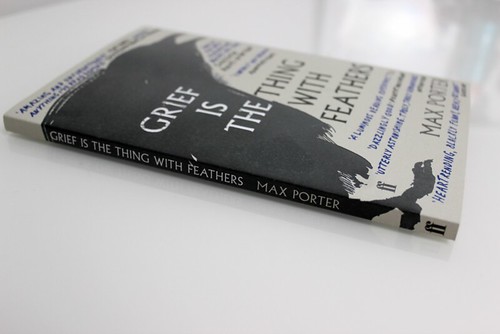 Grief Is The Thing With Feathers by Max Porter  Review Copy

This was a book that I heard a lot about and when I discovered that Max was going to be doing an event at my local branch of Waterstones I just had to attend, which I did and you can read about it here

Not going to lie this hit me in the feels on both occasions – the audiobook & physical copy. This is Max’s debut it’s part novella,part fable & part essay.

Two young boys have to deal with the sudden loss of their mother. Their father a Ted Hughes scholar becomes almost robotic in his parenting approach with routines for small children with no mother, in their darkest moment Crow becomes part of their life – Almost grief councilor like, crow is an antagonist, trickster, healer & babysitter.

As weeks turn to months and physical pain of loss gives way to memories, this little unit of three begin to heal.

Grief is a very raw emotion which manifests itself in so many ways. This book makes you visit that in yourself and knowing that the experience of the boys is based on Max’s own father dying when Max was only six makes this very real indeed & I even had to stop whilst writing this as I just burst into tears, that’s how powerful this book is. 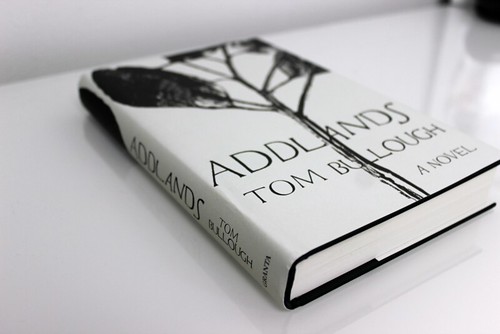 Hosting the event with Max was Welsh Author Tom Bullough who with Addlands shows the beauty of Welsh countryside – (i’m not busiest at all because I live in Wales but it is just stunning).

On the day that his Teenage wife gives birth to a son, middle-aged Welsh farmer Idris Hamer discovers a large, flat stone with unusual lettering on it while plowing the fields. Over the next 70 years, the stone will reappear in the lives of the Hamers, serving as a sort of guardian/tormentor….

From World War II to the present day its brilliant insight into a traditional way of life splintering in the face of inevitable change. 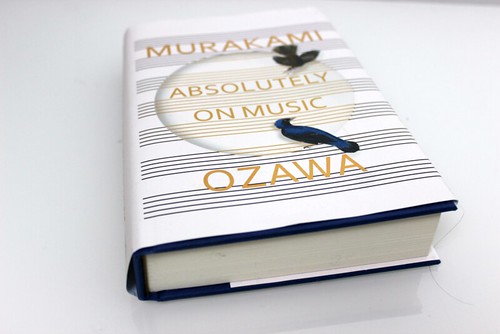 I have said it before and I will say it agin Haruki Murakami is my favourite living author. I have all the books he has published  & even some written about him. Dont even get me started on the Nobel Prize 2016 though that’s a sore subject in this house.

As with a Murakami book you find out that it’s being released in Japan than have you wait ages for it to be translated and released, I am even considering learning Japanese so that I don’t have to wait so long plus ot would be nice to have some of his work in original form. Can you tell yet that I really I like him ?

Absolutely on music is a deeply personal, intimate conversation about music and writing between Murakami and his close friend, the former conductor of the Boston Symphony Orchestra Seiji Ozawa 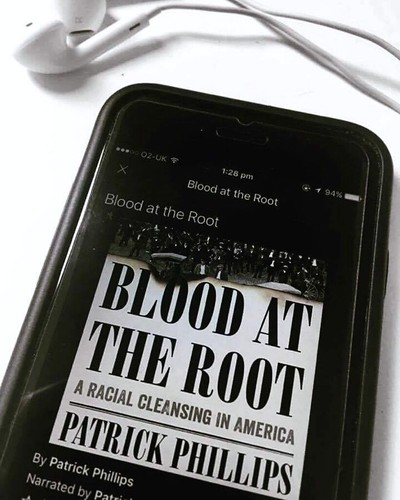 Blood At The Root by Patrick Phillips  Via Audible

Following on from previous titles & documentaries on Netflix I decided to used my monthly audible credit on this.

Blood at the Root tells of a little-known and very shameful episode in America’s history. Forsyth County, Georgia, 1912, three young black laborers were accused of raping and murdering a white girl. One man was dragged from a jail cell and lynched on the town square, two teenagers were hung after a one-day trial, and soon bands of white “night riders” launched a coordinated campaign of arson and terror, driving all 1,098 black citizens out of the county. In the wake of the expulsions, whites harvested the crops and took over the livestock of their former neighbors, and quietly laid claim to “abandoned” land. The charred ruins of homes and churches disappeared into the weeds, until the people and places of black Forsyth were forgotten.

It’s bleak, harrowing and hard to listen to, but that’s not to say that I didn’t it because I did very much so 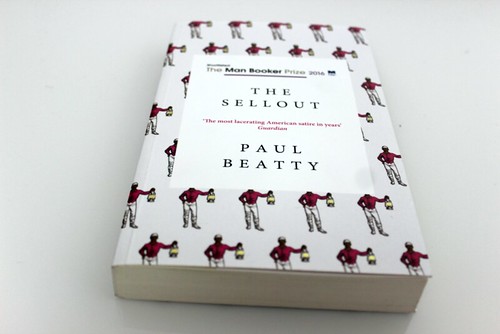 Oh the timing. I had just finished listening about horrible things then I move on this, the eventual winner of this years Man Booker Prize  a televised event that I missed as I was really ill and had to watch a few days later.

The Sellout showcases a comic genius at the top of his game. A biting satire about a young man’s isolated upbringing and the race trial that sends him to the Supreme Court, it challenges the sacred tenets of the United States Constitution, urban life, the civil rights movement, the father-son relationship, and the holy grail of racial equality—the black Chinese restaurant.

Have you read any of titles ?

Are you following a reading challenge ?