I have to start this post off with a huge apology – it was my intention that this would be published the day after the event but due to some self inflicted reasons (more later) and some not combined with some quite stressful real life events which happened all at once have stopped me getting to it until now.

My Local Waterstones in Cardiff  have a really good event schedule so on a cold mid October evening I packed my camera… Sorry Mel’s camera and also few books for An Evening With Max Porter. 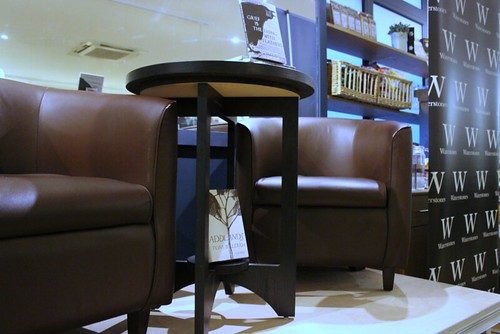 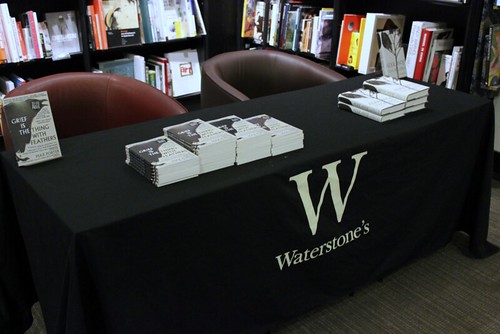 I was fortunate enough to be granted early access so I got a few shots in beforehand.

Hosted by Addlands author Tom Bullough  the packed room eagerly awaited to hear from max about his work Grief Is The Thing With Feathers  and about the journey behind the book.

The evening started off with an Introduction about Max, who is so much more than the Editorial Director at Granta…this was given with great passion from someone who you could tell genuinely likes and respects Max (it’s not hard to see why) which really was a breath of fresh air as I have been to other events like this and literally the facts were pulled from Wikipedia.

As we were in Cardiff, Max told us about his links to Wales which included a Family farm that had been in it’s possession for 750 years and also some fond memories that laid down some of his literacy foundations. 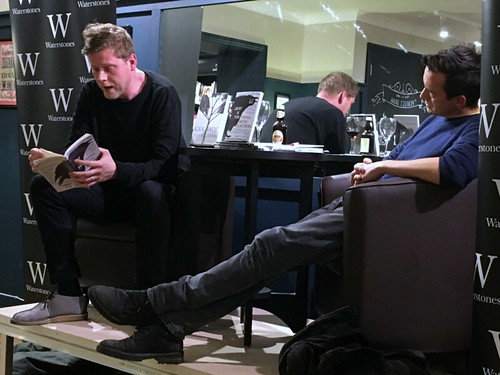 Max read Entrance of Crow – which he has never read in public before, it was great to hear it from max himself as I have read both the book and listened to the Audiobook and this was just a real treat. Max then discussed the origins of crow, the inflences and writing procees behind Grief & some quite interesting coversations he has had with some of the book overseas translators.

After this there was a brief Q&A and everybody in that audience were just overwhelmed with others members questions & the responses given.  You could really tell that everyone could indentify with the subject matter and each individually have firmly cemented this book to their hearts and a permanent home on their bookshelves – Mine is never leaving this house.

And that was an Evening with Max Porter… 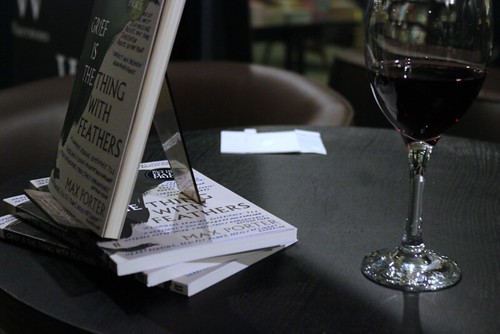 Ok that’s not entirely true, there may have been a few more glasses of red wine & some whiskey and also a photo that I have no recollection of taken 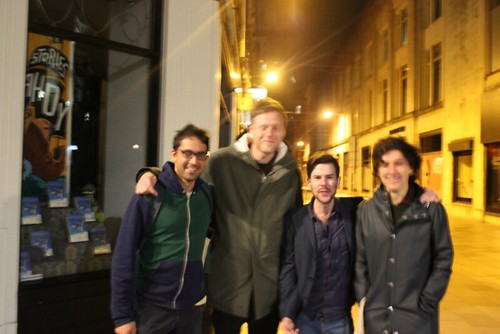 Thought we were being burgled. It was @rickeaglestone trying to unlock the front door with his phone @maxjohnporter ?

And that was an evening with Max Porter

If you have not read it yet you still have time to fit it in this year I really recommend it.

Have you already read it ? if so what are your thoughts about it ?