It wasn’t until I was looking over my notes for this post that I noticed I have managed to devour 8 books this month!. No doubt this will help my Goodreads challenge of 60 books for this year. 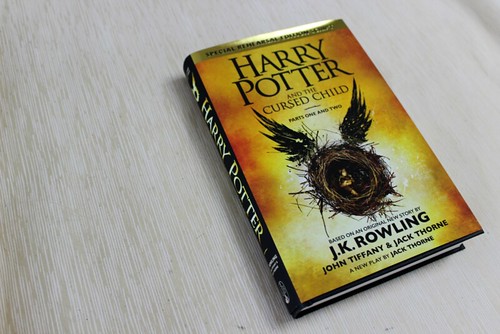 I really couldn’t start August without this being the first book on the list. Mel pre-ordered this on the eleventh hour and when she finally brought it home we were literally taking turns reading it.

It’s not a new book it’s a screenplay and is written that way, this is something that got a lot of negative feedback but that pleased me as I really didn’t want a fluffy happily ever after as for me Deathly Hallows was everything I wanted from the series because of this I approached this with fanfic in mind – mostly because I didn’t know what to expect and luckily I hadn’t seen any spoilers so if I didn’t like it I could pass it off as such it started off that way, some of it annoyed but overall I was pleased with it.

Albus is a brat, Draco has turned into a wuss it’s not starting off so great – there was a lot of tutting on my part as this point, I don’t ever give up on a book but I do get annoyed with them. The only thing keeping me sane in the early stages was Draco’s son Scorpius

I did enjoy the screenplay format as many years ago I used take part in amateur dramatics and I know that if I was still at school I would have pestered my drama teacher to put this on just so I could be Scorpius, when I worked for Borders I got to dress as Snape for a midnight release and it was so much much.

Looking forward to the Fantastic Beasts screenplay now, the cover was recently released and it’s stunning. 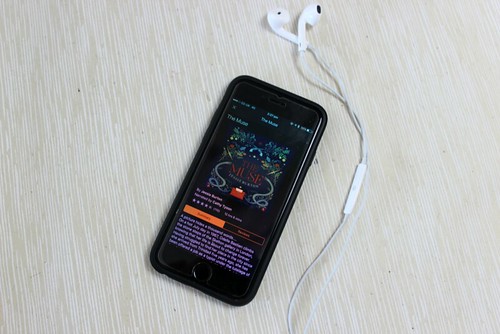 The Muse by Jessie Burton (Audiobook via Audible)

On a hot July day in 1967, Odelle Bastien climbs the stone steps of the Skelton gallery in London, knowing that her life is about to change forever. Having struggled to find her place in the city since she arrived from Trinidad five years ago, she has been offered a job as a typist under the tutelage of the glamorous and enigmatic Marjorie Quick. But though Quick takes Odelle into her confidence, and unlocks a potential she didn’t know she had, she remains a mystery – no more so than when a lost masterpiece with a secret history is delivered to the gallery

From the blurb I really thought I would quite enjoy it as I was quite taken by Burton’s previous book The Miniaturist but the story just didn’t keep me interested. It may be a tale of love,danger, betrayal and revolution in 1936 Spain and a time-and-place look at a nation on the verge of darkness and
Burton’s vision of 1967 London was certainly interesting, particularly for the challenges faced by non-whites, but unfortunately I could not get on with the narration and for the first time actually requested a refund 🙁 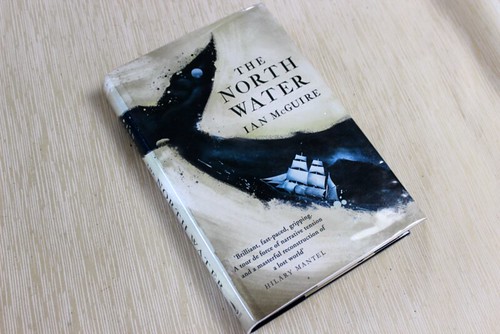 The North Water by Ian McGuire

The first of 4 Man Booker Longlisted books for this blog:

Behold the man. Stinking, drunk, brutal and bloodthirsty, Henry Drax is a harpooner on the Volunteer, a Yorkshire whaling ship bound for the hunting waters of the Arctic Circle. Also aboard for the first time is Patrick Sumner,an ex-army surgeon with a shattered reputation, no money and no better option than to embark as ship’s medic on this violent, filthy, ill-fated voyage.

This was a book that I immediately got into – some terrible and quite graphic things happen to one of the ships crew for which strong action has to be taken, and all well as battling the aztec ocean there is also the battle to discover the true purpose of the expedition. 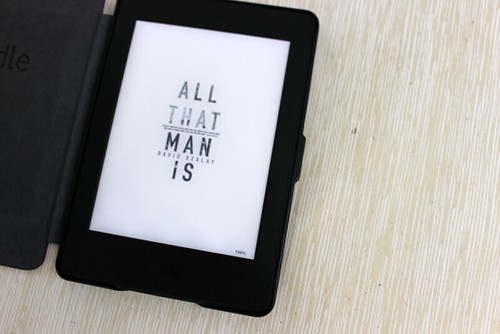 Nine men. Each of them at a different stage of life, each of them away fromhome, and each of them striving – in the suburbs of Prague, beside a Belgianmotorway, in a crap Cypriot hotel – to understand just what it means to bealive, here and now.

Tracing an arc from the spring of youth to the winter of old age, All That ManIs brings these separate lives together to show us men as they are – ludicrousand inarticulate, shocking and despicable; vital, pitiable, hilarious, and full of heartfelt longing.

As the weather gets colder, and the men get older, the stakes become
bewilderingly high.

The last short story collection I read was Fen by Daisy Johnson which I adored. All That Man Is is very well put together collection – from the working-class ex-grunt to the pompous college student, the middle-aged loser to the Russian oligarch. 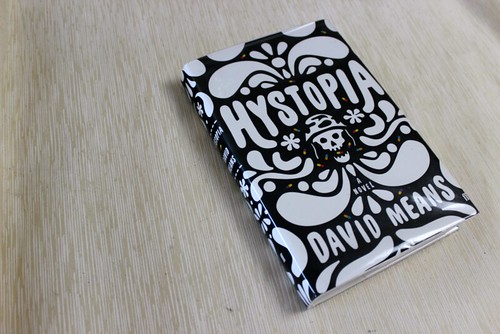 The bitter end of the 1960s: JFK’s third term in office. Vietnam rages on.A new federal agency, the Psych Corps, maintains the nation’s mental healthby wiping soldiers’ memories through drugs and therapy, while those beyondhelp roam at will, re-enacting atrocities on civilians.

This is the vision of Eugene Allen, a twenty-two-year-old Vietnam vet, writing this book-within-a-book at the heart of Hystopia. Hystopia reveals the crazyreality of trauma, both national and personal.

This is probably the first book I have read about this Vietnam war as I am not a big military history reader so an alternative narrative & accounts held my interest. 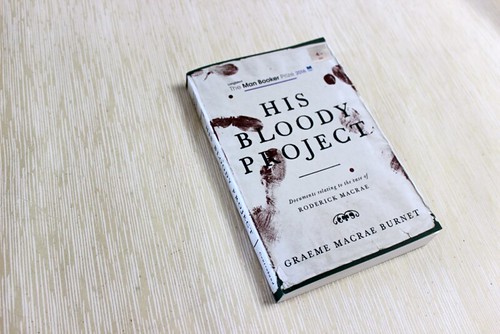 I am typing this part on the day I am attending a local Bookclub to discuss this book which I am looking forward too, as this is easily in my top 3 of 2016 ! – I will probably read it again after the winner of the prize has been announced so again by the end of the year although it won’t count towards my Goodreads total as that would be cheating 🙂

His Bloody Project is the story of a brutal triple-murder in a remote Scottishcrofting community in the 1869. The question is not who did it – seventeen-yearoldRoddy Macrae freely admits to the killings – but why did he do it?

The novel immerses the reader in a claustrophobic village community in which Roddy’s family is persecuted by the mean-spirited village constable, LachlanMackenzie. Roddy is a bright – if eccentric – boy trying to make sense of events over which he has no control.

the story of the murders and the subsequent trial is told with the aid of Roddy’s prison memoir, along with court transcripts, medical and psychiatric reports, police statements and newspaper articles.

Have you read any books from the Man Booker longlist ? if so who do you think will win

Should we get a cat & call it Bellatrix ?