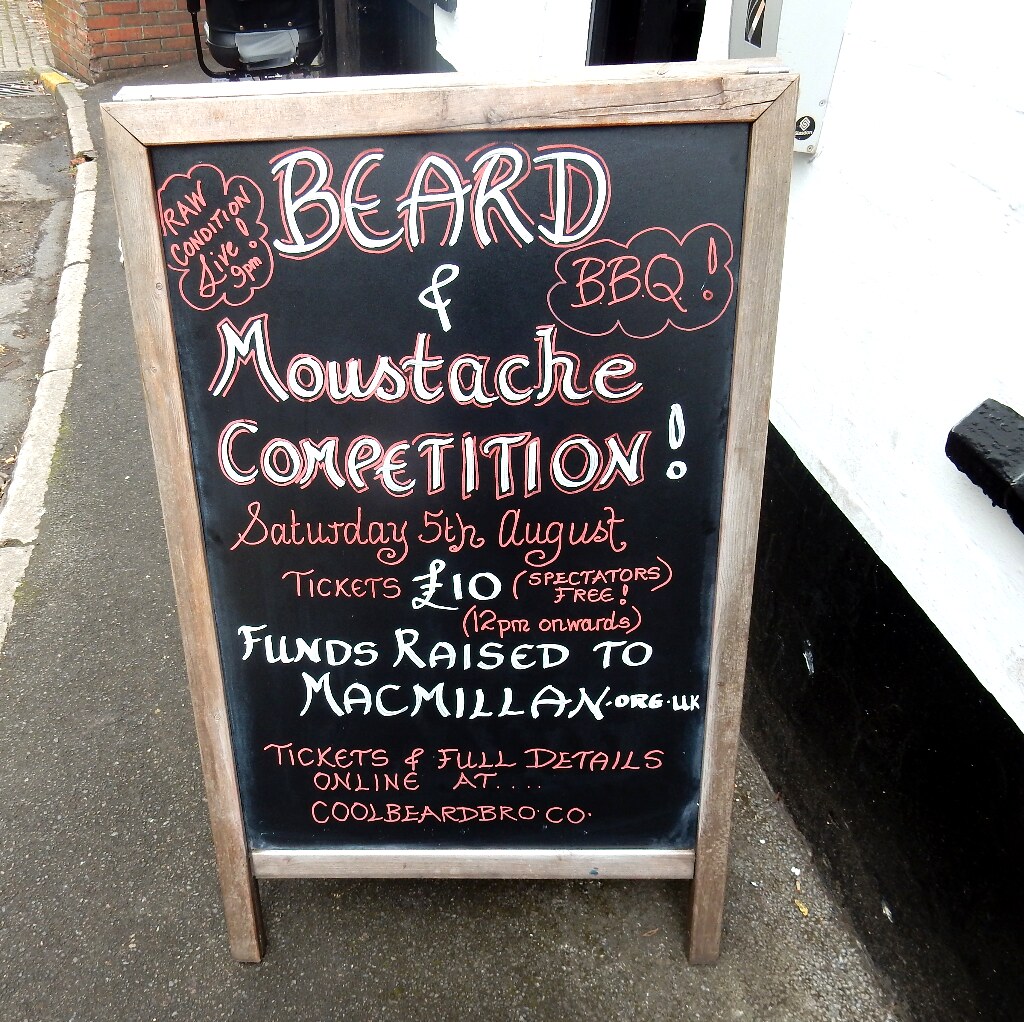 I have only been a member of the iBeardclub for a few months due to best man Owen convincing me to grow my beard after I got married in April but in a such small amount of time I have seen such a brotherhood and support from other like bearded people. the iBeardclub currently at the time of writing this nearly 8,000 members which is very different form its humble beginnings of few friends who were in a car club who just happened to have beards…..

Anyway back to the competition. For the mere sum of £10 you could enter the competition. Every entrant got an ibeardclub lanyard (mine is now packed away safely) with integrated bottle opener wihich had the entry number of each person at the category they had entered these fell under Styled Moustache,Partial Beard, Full Beard & Styled Tash (the one Owen & Myself entered) Full Beard Natural, Freestyle, Ladies, Kids 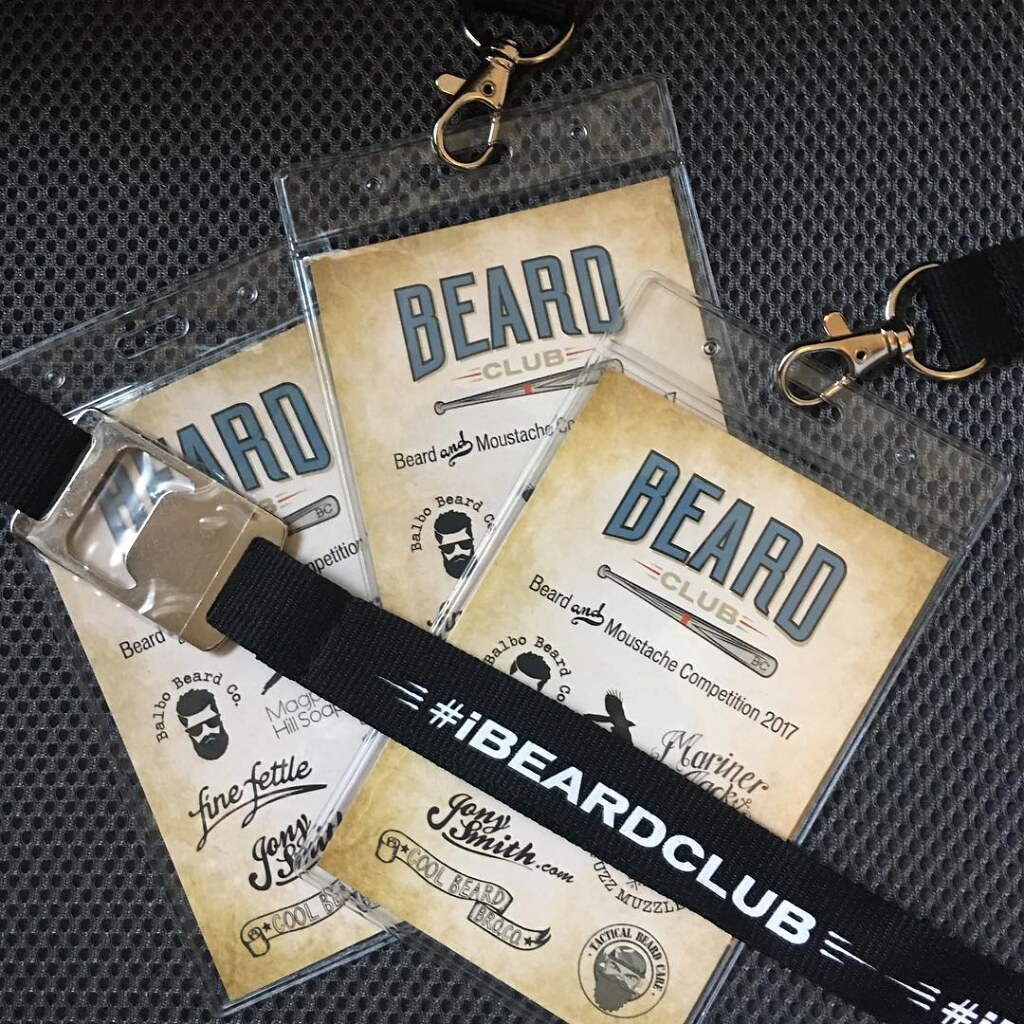 Phew !!! quick breather here and reminder that this was the first one… I’ve not even got to the Raffle part yet. The day was compered by Mr Damopose himself The Earl Damian Rees, the B.M.G (Beard Master General) Lee Andrews and The Baron Brenden Plester-Burt and even the day went from brilliant sunshine to torrential rain in the blink of an eye it didn’t dampen anyone’s spirits or more importantly the glorious beards of which there were many and more importantly the importance and purpose of the event to raise money for a charity and service that receives no government funding. 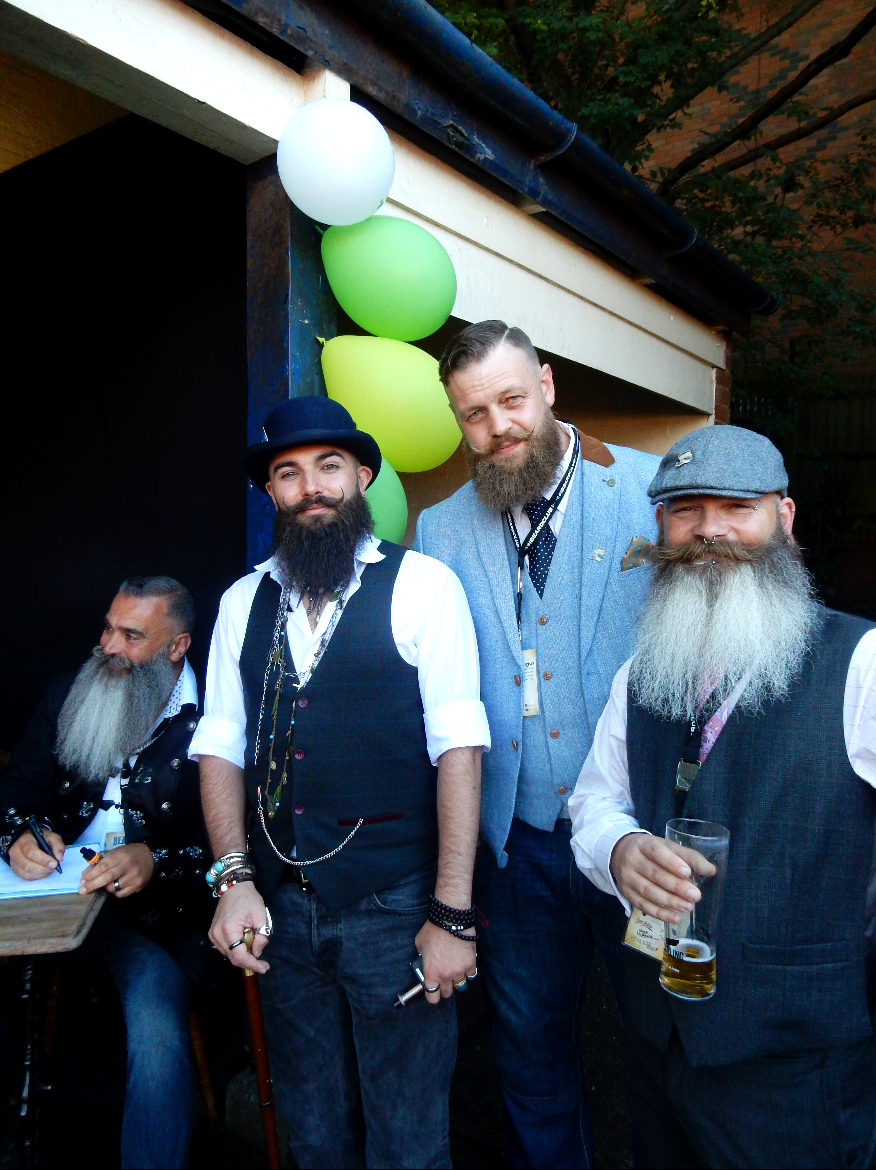 The standard of the category I entered

The day was very well structured, with each category given equal time and enthusiasm each contestant said a few words then were off to the judges to be scored. In-between all this there were raffles & auctions which the winners had some fantastic prizes from people like Cool Beard Bro Co BILF American Crew amongst many others including Mariner Jack Balbo Beard Co Magpie Hill Soaps Fine Fettle Tactical Beard Care Jony Smith Combs Fuzz Muzzle 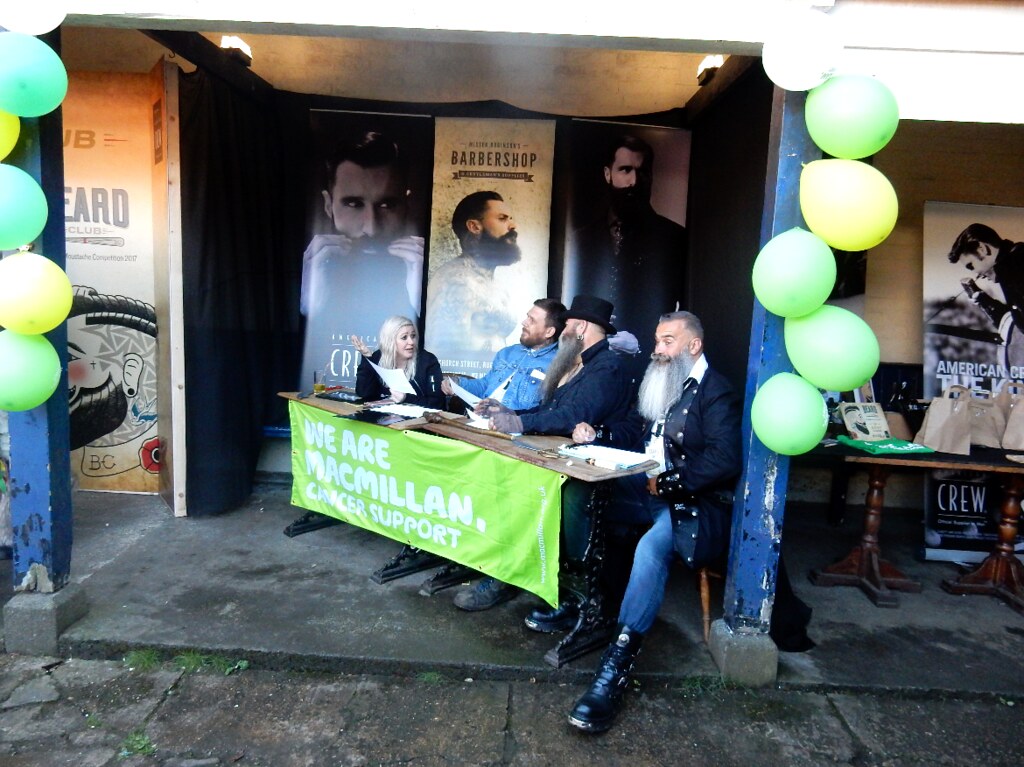 Winners for the event were

Kids: It’s Kids They were all Winners

Best In Show : Matt H – This prize was provided by American Crew 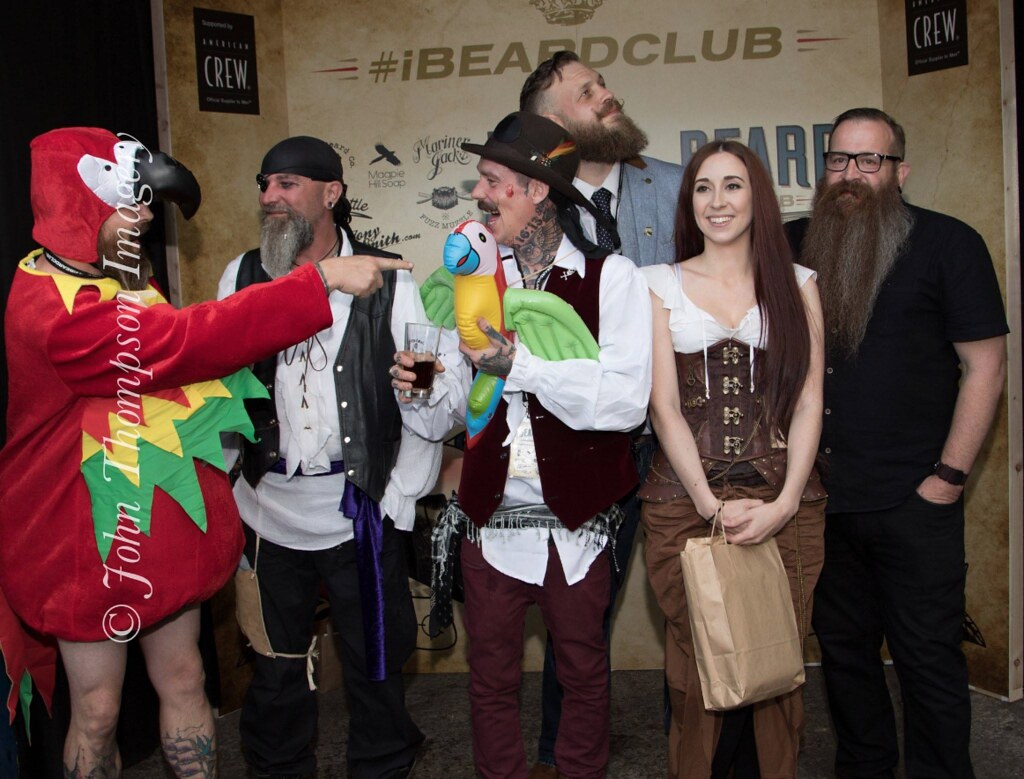 The winners in all their well deserved glory

And if that was not enough there was even a band at the end of the night featuring Mr B.M.G on Drums 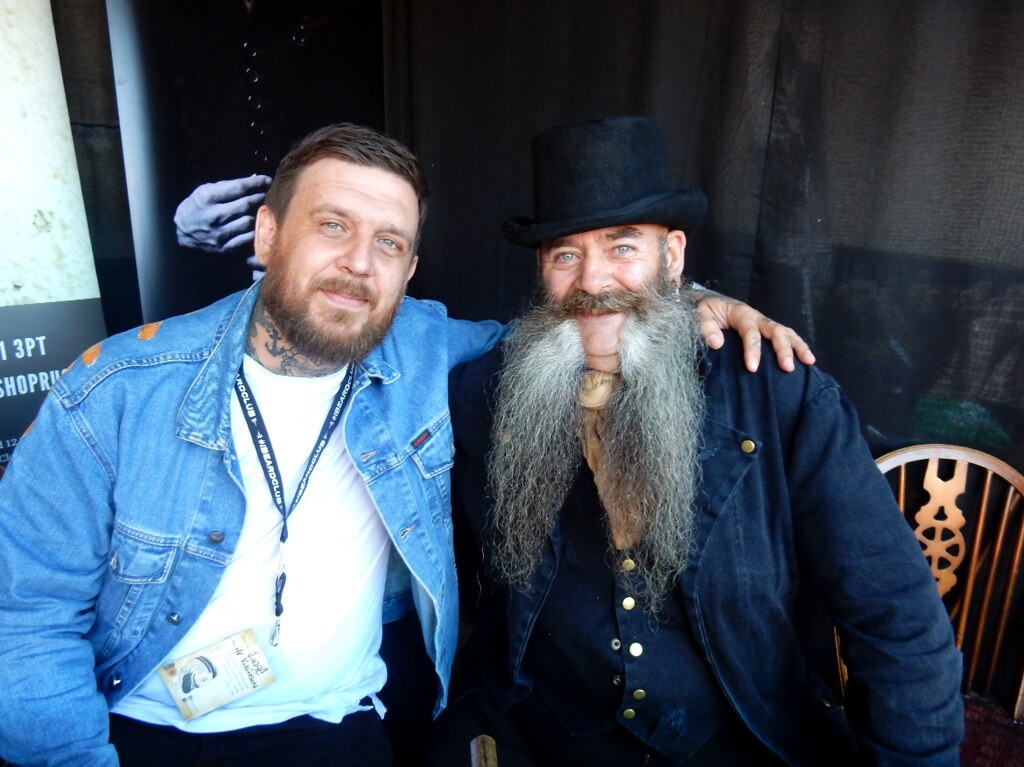 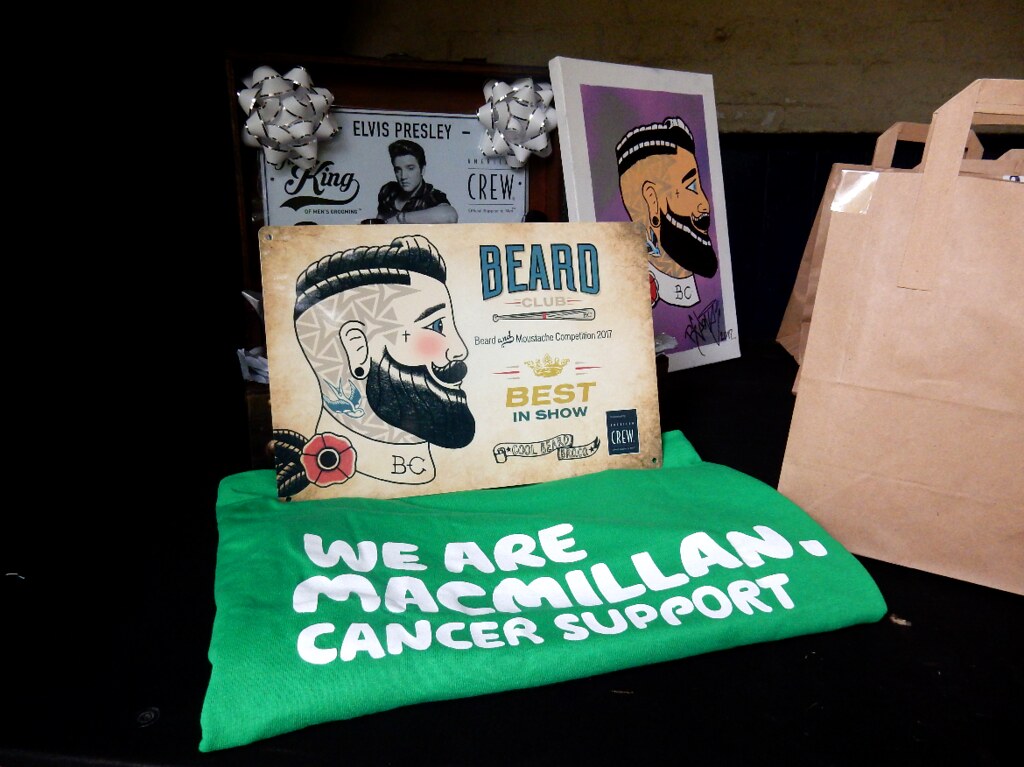