December was a busy month. Obviously there is all the gift buying & such but also we were getting ready to make sure that everything was ready for our very special guest.

I have some books on the TBR pile left over which will be what I read in the first few months of 2017. I was really happy that I achieved my goal of 60 by reading 65 in total so I think I will set it to 70 next year 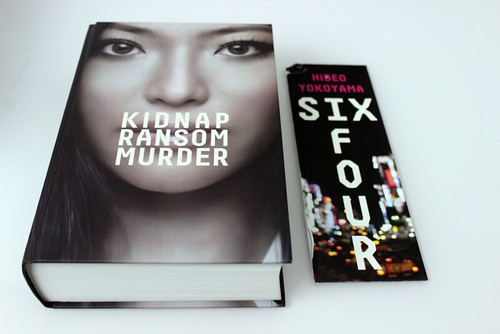 As I had pretty much achieved my reading goal I decided that it really should be time that I read something I picked up for my birthday which was back in April. I knew nothing about this book until I saw it in the window of my local Waterstones, after going in having a look at and a quick look on Goodreads & Fantastic Fiction it was inevitable that I walked out with it.

‘Six Four’ refers to a kidnapping of a 7-year-old schoolgirl 14 years previously and for those 14 years the Japanese public listened to the police’s apologies and have never forgotten the botched investigation.

The book is less crime fiction and more politics and inner workings of the police service and its dealings with the media and public but is still an interesting albeit a long read. The Essex Serpent by Sarah Perry  Review Copy via NetGalley

I had seen this mentioned on Vlogs and was Waterstones book of 2016 and I was very lucky indeed to wish for it on NetGalley & had my wish granted.

Set in Victorian London and an Essex village in the 1890’s, and enlivened by the debates on scientific and medical discovery which defined the era, The Essex Serpent has at its heart the story of two extraordinary people who fall for each other, but not in the usual way.

Cora is a well-to-do London widow who moves to the Essex parish of Aldwinter, and Will is the local vicar. They meet as their village is engulfed by rumours that the mythical Essex Serpent, once said to roam the marshes claiming human lives. Before You Sleep by Adam Nevill

This was actually discovered via a promoted post of Facebook and was a free download via Amazon Kindle and focuses on 3 stories When the Angels Come In”,  “The Ancestors” and finally “Florrie

Don’t listen to the title. I had to put the lights on after reading each one 🙂 The Plague Charmer by Karen Maitland Review Copy via NetGalley

Over the year I have embraced other mediums for reading for example I now listen to Audiobooks whilst blogging & if I can’t sleep because of pain or restlessness caused by my Cerebral Palsy rather than the tv I tend now to read on my Kindle so that I don’t disturb Mel or Kipper – Mel has a Kindle PaperWhite and in the future I may get one to replace my Kindle Fire and have found it does relax me and makes me sleepy after a little while.

1361. Porlock Weir, Exmoor. Thirteen years after the Great Pestilence, plague strikes England for the second time. Sara, a packhorse man’s wife, remembers the horror all too well and fears for safety of her children.
Only a dark-haired stranger offers help, but at a price that no one will pay.

Fear gives way to hysteria in the village and, when the sickness spreads to her family, Sara finds herself locked away by neighbours she has trusted for years. And, as her husband – and then others – begin to die, the cost no longer seems so unthinkable.

I have been a fan of Maitland’s work since discovering Company of Liars and enjoyed this hugely as it had all the right elements : magical realism, religious fanatics, dwarfs and witches.

Did you set a reading goal ? if so what was it & did you achieve it ?

What were your reading highlights of the year ?