Recently I was fortunate enough to get an Interview with Man Booker Nominee Wyl Menmuir. He is of the author of The Many

Wyl was born in 1979 in Stockport. He lives on the north coast of Cornwall with his wife and two children and works as a freelance editor and literacy consultant. The Many is his first novel. 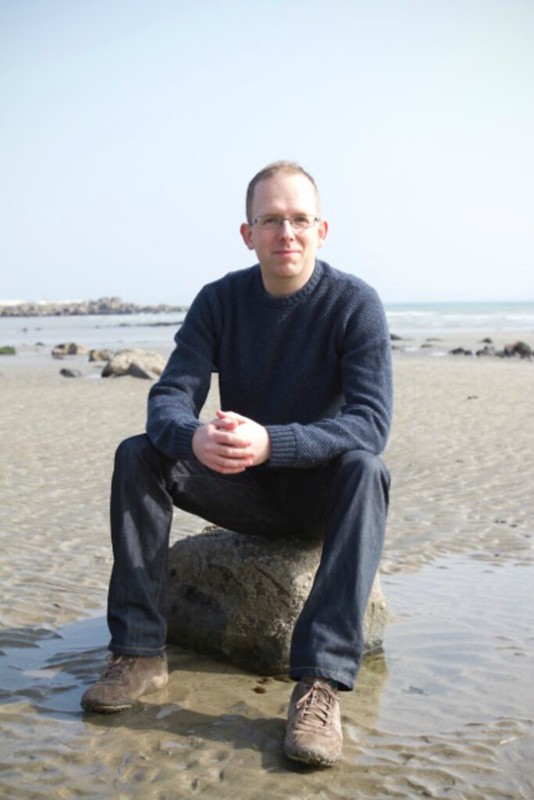 When did you first realise you wanted to be a writer?

Being a writer is about the only thing I’ve ever really wanted to be for as long as I can remember. I flirted with other careers and I still do lots of work in schools and with teachers around the teaching of reading and writing, but in some way, everything I’ve done since leaving university, from journalism to editing websites for the Royal Opera House has been connected to writing. I think I realised when I started reading and first got completely sucked into a story and spat out the other side feeling as though I’d been taken out of my body to some place else entirely that writing can be incredibly powerful. I knew from really early on I wanted to be able to give readers that experience. I still get that thrill when I read something outstanding and it’s a huge buzz when people who have read my writing tell me it took them out of themselves for a while, or that something I’ve written has stayed with them.

What is your work schedule like when you’re writing?

It depends what I’m writing. I aim for 500 (decent) words daily when I’m writing a novel, though my days tend to involve writing a lot more than that, whether that’s writing articles, short stories or editing. If I’m writing journalistically, my word count is usually much higher and what ever I’m writing I’m usually working on several things at once. For the novel though, I do most of my thinking during the day and I write best during the evening, once I’ve managed to shake the day off a bit and relax into it.

It’s a real mixture. Some of my ideas come from the intensely personal and others are overheard scraps scavenged from the world around me. Mostly, though it’s what takes my eye, what really interests me. If I’m still interested in an idea after a few weeks of mulling it over, or there’s something I can’t shake from my head, I usually know there’s an idea for a novel or short story in it. If it didn’t have that element, I don’t think I could be interested enough to push an idea through to completion, and I’m not sure I’d believe it would really connect with readers if it’s not something that has pretty much taken over my life while I’ve been writing it. Once I’ve got the idea for the book pinned down, then I’m into the research side of things, which might involve talking to experts in a particular area, exploring a place for myself to get a sense of how it feels to live or work there, or dredging through my memories for those gems that will bring a scene to life.

What books or authors have influenced your life the most?

This might sound like a real cop out answer, but I try to take something useful from every novel I read. I’ve become a lot more forensic in my reading since I started writing fiction seriously, and the books I learn the most from are the ones that completely blow my mind, that surprise me with the power and flexibility of the novel form. That said, there are writers whose quality and clarity of prose constantly astounds me – Cormac McCarthy, Ali Smith, David Vann, Gabriel Garcia Marquez, Jim Crace, to name the first few who spring to mind – and though they might not influence my writing directly, they always give me something to aim for.

What book/s are you currently reading?

I’m reading Rupert Thompson’s Katherine Carlyle, The Main Cages by Philip Marsden and David Vann’s Aquarium at the moment, alongside Yuval Noah Harari’s Sapiens. Similarly to my writing, I usually have several novels on the go at once.

How did it feel to be longlisted for The Many?

Indescribably lovely. When I decided to write The Many, I had no expectation it would be published, though I certainly hoped it would be, and once it was published I felt a massive sense of achievement. To see the book displayed alongside amazing writers was one of the most gratifying things, and receiving comments and letters from people who had read the novel is truly amazing. Being nominated for the Man Booker wasn’t something that was even on my radar, so when the news came through that it had been longlisted, I was blown away. Being on the longlist has done amazing things for the novel and brought it to a much broader readership than I could have hoped for and I love to see how it sparks debate and how different readers react to it. It’s something I put an awful lot of myself, my time and my soul into, so that sort of recognition really does make a difference to me as a writer. And aside from anything else, it has spurred me on for novel two.

The Many is available via Salt Publishing.

Salt is a leading independent publishing house established in 1999. Who are passionate about reading. they find great stories, make them gorgeous and share them with you. You simply can’t have life without a little Salt. Enjoy discovering their books.