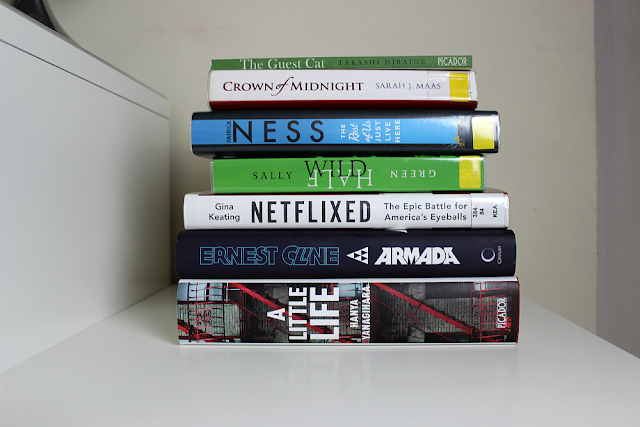 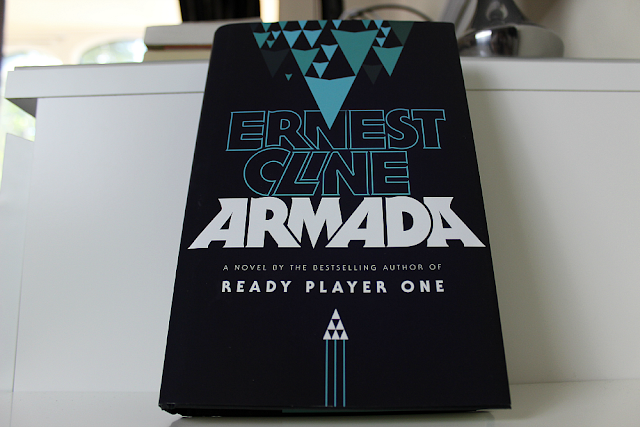 When me and Mel first got together she lent me her copy of Cline’s debut novel Ready Player One as she thought I would love it and she wasn’t wrong, so when I saw Armada in a bookshop chart the first thing I did was ring her then I then emailed the publisher for a review copy. Looking on the back and seeing references to old Atari’s and the console of my childhood the Commodore 64 I was excited to see how Armada would compare to Ready Player One.

Armada is a sci-fi multi player online shoot ’em up where you as the player become a drone pilot for the English Defence Alliance and your principle role is to destroy the alien invaders. Zack Lightman is the sixth best player in the world – Why not the first you ask? I will get to that… the story is written from Zack’s perspective and believe me that boy likes his popular culture.

The story starts with Zack staring out of the window of his maths class, thinking is going mad as he can a spaceship which looks like an enemy glaive fighter from Armada – it turns out he isn’t, the ship is real and the Earth Defence Alliance are battling the aliens and the government have been using games like Armada to collect data on the players and unknowingly using this for training and honing the skills of the potential recruits and as Zack is one of the highly listed players he eventually gets recruited by the E.D.A.

Having read books like Ender’s Game and The Last Star fighter I found the overall concept very saturated and even later developments regarding the history and whereabouts of Zack’s father were not enough to keep me engaged in the story.

It does seem that Cline has found his target audience I just hope that he doesn’t get complacent as I really did love Ready Player One and am still interested to see what he does next. 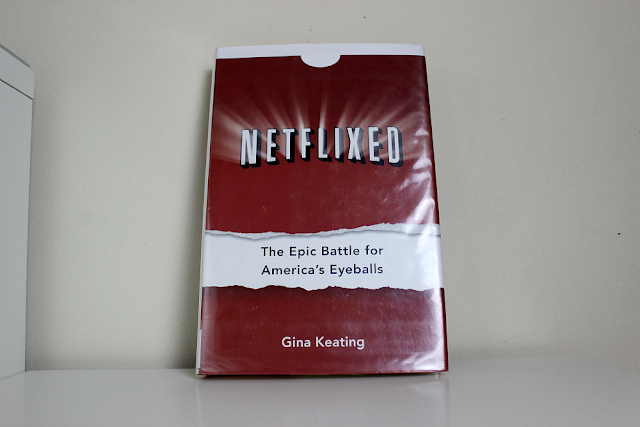 Netflixed: The Epic Battle for America’s Eyeballs by Gina Keating

This was picked up on one of my many library trips which are now becoming very frequent due to the two of using the library a lot right now.  I already had a bag full of books and was getting in the lift to leave when this caught my eye,

It tells of Netflix’s early beginnings in 1997 when two silicon valley entrepreneurs Marc Randolph and Reed Hastings decided to set up an online DVD store even though at that time most people didn’t have a DVD player. In 1998 when they launched they were elated when the launch-day traffic crashed their server resulting in 150 sales. compare that to the 29+ million subscribers they now have!

The main bulk of the book tells of the monumental battle that took place between Netflix and Blockbuster Video which transformed the rental market and I must admit this was my favourite part of the book as I remember some of the things happening but I didn’t have the insight that the book provides and it was almost like a social history lesson. From DVD’s the book then moves onto the online streaming market which was another battle in itself and from the way it’s presented gives the reader a better understanding of how the market is the way it is now.

I found this an easy and enjoyable read as Keating has an extensive knowledge of the company as she was a financial and entertainment reporter for many years, she doesn’t bore with statistics and has a very absorbing writing style. 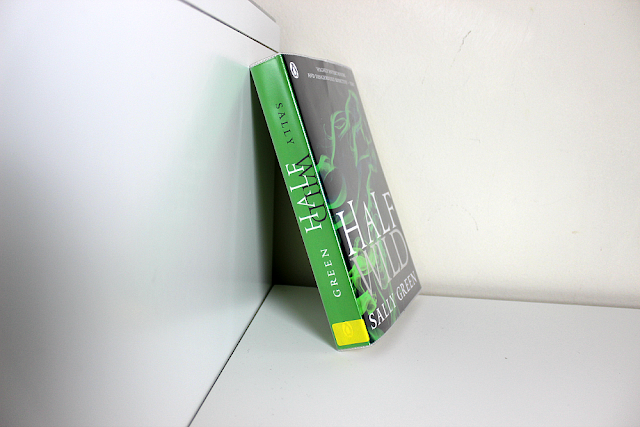 Half Wild  by Sally Green

I really enjoyed the first book of this trilogy Half Bad so was eager to start this as it seemed to have been in my Goodreads list forever and luckily seeing it in the library gently reminded me that maybe it was time to take it out of the to-read pile and into one of the read books for 2015.

Unfortunately this tale doesn’t end well, firstly the formatting of the second book is just horrendous the story continues on with Nathan who is still be hunted by good and evil and spends 80 percent of the book finding and saving Annalise. The descriptions are just terrible and to be honest I skim read a lot of this book which is something I rarely do, another book is in the pipeline but I am not going to even bother… Next. 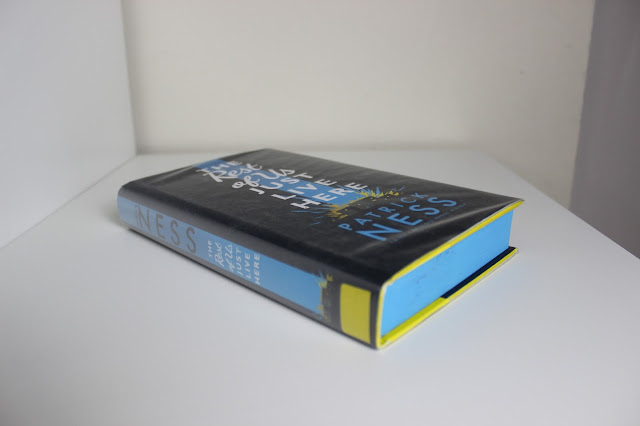 The Rest Of Us Just Live Here by Patrick Ness

From the outset it got my attention – I am not a massive fan of zombies really – vampires of course just not the sparkly ones, but this book kind of had both which I didn’t mind because it was well written and even had a delicate amount of satire aimed at the YA genre.

The story follows a group of supposedly normal teenagers which they may be but their lives are full of eating disorders, OCD, car crashes, absent drunk parents and even love while the others or “indie kids” are dying at an alarming rate and suffering fates that Kenny McCormick would have been jealous of.

Each chapter starts with a synopsis of what’s happening in the Indie kids lives  – you know the normal: opening supernatural portals or being contacted by immortals and the chosen ones are not the chosen ones they are just the remaining who live there – or are they

A great read and a refreshing concept I really enjoyed the comparisons between different groups of characters. 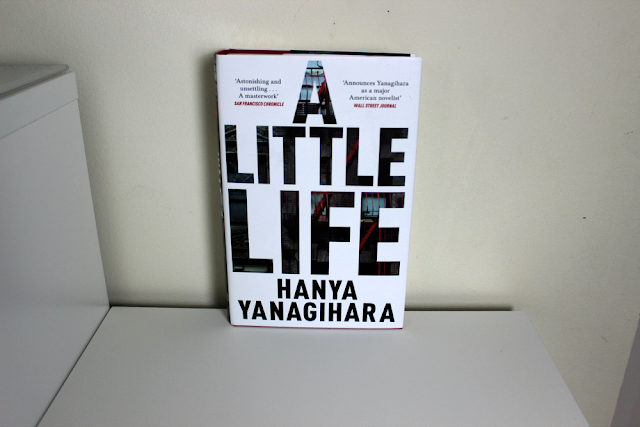 A Little Life by Hanya Yanagihara

From the moment the Man Booker Prize long list was announced this was the one I picked as the winner – leading up to the short list it was gaining a lot of press attention and was causing quite a stir in the book industry.

I knew it wasn’t going to be all butterflies and rainbows but wow! Powerful, disturbing, full of woe and entraps you into some very dark places as a reader. I got the impression that the book was about four main characters who have been friends since college and they are all written well but in reality it’s all about one person Jude St Francis.

Jude is one big tale of human suffering and that’s putting it mildly, but also strangely a tale of endurance and I found myself comparing my own life and struggles which are no way as terrible as that of Jude’s but taking comfort knowing that just like Jude I have some fantastic people in my life who will always love and support me and catch me when I fall.

It’s maybe A Little Life but it was certainly no little read – it’s not for everyone, there’s pain here but beauty with it. 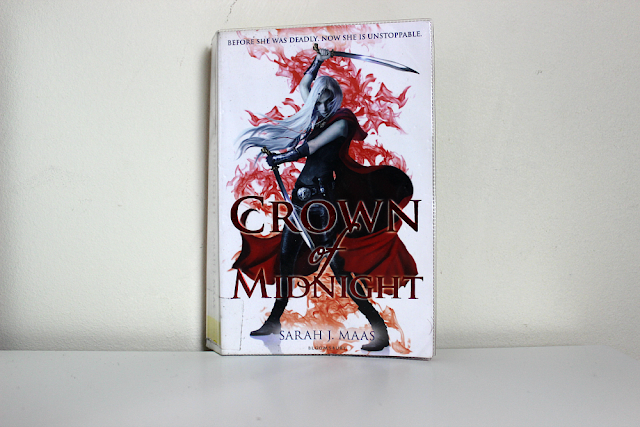 If I needed anything to drag me kicking and screaming back into reality – well fantasy I chose well.

After reading the first in series Throne of Glass which I enjoyed even though it was a bit romantic and fluffy. The second book started off with more bloodshed in the first chapter than the first book combined and secured Celaena’s place as a total kick-ass royal assassin as she gets to explore all aspects of what it means to be an assassin as she is tested constantly by established relationships being trickier to navigate and old enemies resurfacing – you get to see how Calaena, Choal & Dorian grow.

We all get warned to be wary that “Winter Is Coming” but I got the feeling now that Calaena isn’t running away from her past, Hell hath no fury like a royal assassin with a true blood lust. 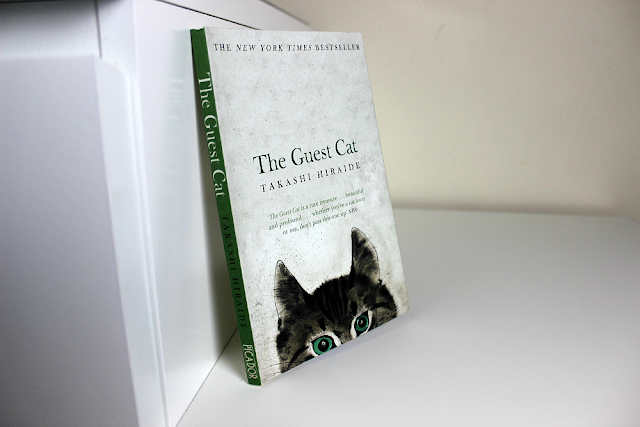 The Guest Cat by Takashi Hiraide

Last for this month was a last minute find via Goodreads and is already a book that I know I will come back to time and time again. As soon as it came in the post Mel wanted it – figures it has a cat on the front – we can’t get a cat where we currently are but it’s going to be one of the first things we do when we move to a bigger place and when it happens she will proba…definitely have a blog post about it on everyword what it won’t have will be the accompanying squeeing noises she will make when we have our own cat!

The Guest Cat is wonderfully Japanese and is a tale of a cat nicknamed Chibi who adopts her young neighbours and is treated as a guest rather than a pet and the struggle that the young couple face knowing Chibi isn’t theirs but wanting to do the best for her as they know her owners are very elderly and here immediate future uncertain. Even though the book is short it’s poetic and descriptive and written in almost a memoir-style with detailed events that gives the feel that is a true event the author Hiraide has experienced or witnessed.

Beautifully written and something you should own as either a lover of Japanese culture, cats or both.

Have you read any of these titles?  Would you want to read any?